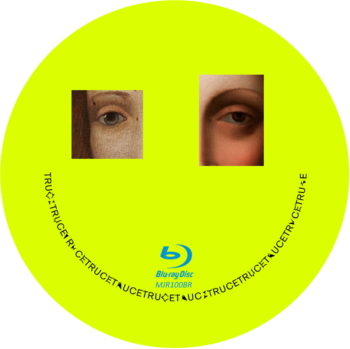 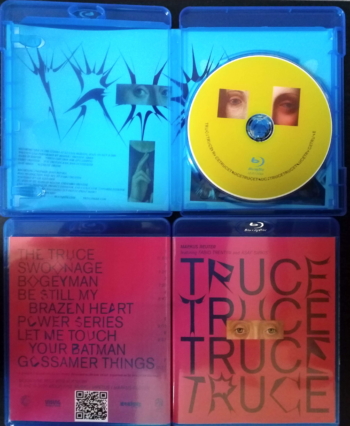 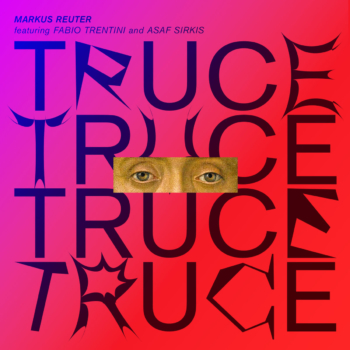 Purchase the Blu-ray Audio (BD-R) and support Markus Reuter, Fabio Trentini and Asaf Sirkis (Price is including worldwide shipping)
NOTE: Rules from May 2022 require that the customs value is applied to the package for shipping to countries outside the EU.

5.1 streaming of the first track: The Truce

MoonJune Records’ historic 100th release features a full frontal aural assault: witnessing the über-innovative guitar maestro Markus Reuter, seizing the reigns on the groundbreaking trio effort – Truce. It is only fitting that the label which has produced more than its fair share of revisionist power trio-format albums would celebrate a landmark event of this magnitude in such freewheeling, grandiose fashion. Prominently displaying textural wizardry, melodic flair, but most strikingly, bone-crushing (touch) guitar playing, Markus Reuter unleashes a musical maelstrom which — like the label producing it — thumbs its nose at both convention and pretense.

Ably supported by the fiery, inspired rhythms of ace veteran timekeeper Asaf Sirkis, and renowned Italian bass phenomenon and producer Fabio Trentini, the trio ventures through a melange of exotic sonic fare which pushes the boundaries of the traditional power trio well beyond established norms. Transcending his ‘Fripp disciple’ credentials, Reuter rips through this soaring, imaginative set in true authoritarian fashion: establishing, in a most convincing, demonstrative manner, that – beyond being one of the world’s foremost avant-garde performers and composers – Markus is one of the electric guitar’s most capable, imaginative modern representatives.

This Markus Reuter trio is a nuanced, highly-potent-yet-sensitive, forward thinking retake on the classic format — and “Truce” is the spellbinding evidence. Frequently channeling the ‘axe-wielding madman’ side of his musical persona, Markus Reuter doesn’t hold back on this album, takes no prisoners and leaves the dead to bury their own in his wake! For those with a robust palette for all things musically creative, there’s plenty to sink your teeth into here. MoonJune Records, once again, serves up an offering to its listeners that is immediately essential.

**************
MARKUS REUTER is a German multi-disciplinary musician, composer, record producer and instrument designer. Reuter’s work as recording artist, solo performer and collaborator spans (and frequently fuses) electrophonic loop music, contemporary classical music, progressive and art rock, industrial music, world jazz, jazz fusion, pop songs and pure improvisation. Initially trained as a pianist, he subsequently studied Robert Fripp’s Guitar Craft and learned to play the Chapman Stick, later moving onto the U8 Touch Guitar. Reuter has released several solo recordings and worked extensively with other musicians. He is a key member of the experimental avant-prog power trio STICK MEN (featuring Tony Levin and Pat Mastelotto), is one of the core members of the experimental band Centrozoon, is half of the duo Tuner (with Pat Mastelotto) and was also a member of Europa String Choir. Reuter has collaborated with Ian Boddy, Robert Rich, No-Man singer Tim Bowness, and many others, and he has joined the new Devin Townsend’s band in 2019. In recent years Markus Reuter became one of the leading creative forces in the new phase of the New York based label MoonJune Records, recording albums with Mark Wingfield, Asaf Sirkis, David Cross, Fabio Trentini, Yaron Stavi, Dwiki Dharmawan, Boris Savoldelli, Gary Husband, Dusan Jevtovic, Xavi Reija.

Written and performed by Reuter/Trentini/Sirkis
Recorded live in the studio at La Casa Murada, Banyeres del Penedes, Spain, on May 16 2019.