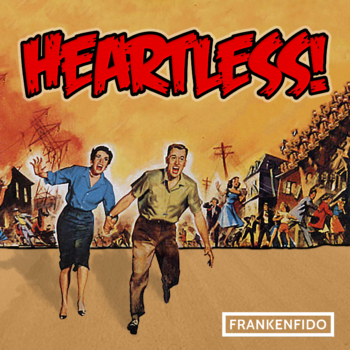 “A gothic tale of a man beyond redemption, set to a pounding 80s disco beat.”

The music of Frankenfido is an intriguing and genre-defying creation that explores the boundaries of artistry and encourages listeners to re-evaluate their own preconceptions of rhythm, melody, harmony and tuning.

Frankenfido is not so much a band as a way of life, an attitude, a mantra for these disaffected souls who discover themselves trapped in an impersonal and increasingly baffling world.