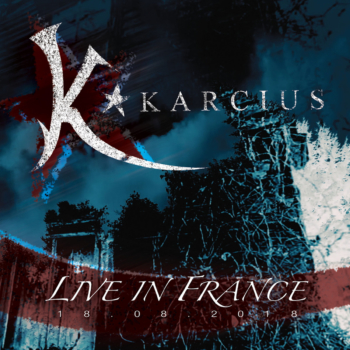 Following the successful release of their Blu-ray “Live in France”, KARCIUS is proud to present “Live in France”, a double live CD (from Bandcamp) including powerful versions of their early material and a full live version of their latest album “The Fold”. This concert was recorded at the Crescendo Festival in Saint Palais sur Mer, France, and celebrates the 20th anniversary edition of this festival. The album contains the 90 minutes show plus two studio bonus stereo tracks.

Celebrating the 20th anniversary of the Crescendo Festival, this performance was captured on August 18, 2018 in Saint Palais Sur Mer, France. This double album contains the full show and 2 studio bonus tracks.

Mixed in stereo and 5.1 surround sound by Simon L’Espérance and Thomas Brodeur in Montreal, Canada

Unauthorized duplication is a violation of the applicable laws.