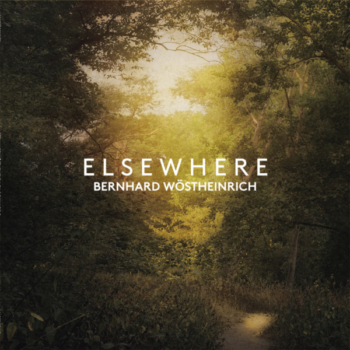 Purchase the album and support Bernhard Wöstheinrich and download what you want of 5.1 multichannel flac and discreet quad flac (4.0) all in 44 kHz 16 bit.

Stream Elsewhere in stereo on Bandcamp

In 2000, Bernhard Wöstheinrich and Markus Reuter recorded Blast, their first album as a duo. Comprising of four monumental, otherworldly compositions spread out across as many sides of vinyl, the music was an overt tribute: “I had discovered Tangerine Dream’s Zeit sometime in the late 1980s and it had blown me away,” Wöstheinrich says, “I remember thinking to myself: This is the album I’ve been waiting for my entire life!” More than three decades later, he now presents Elsewhere – a record that once again feels deeply inspired by the Krautrock classics.

Recorded entirely live and again produced by Reuter, Elsewhere’s four epic sequencer journeys ignite a black dance of hypnotic pulses, surreal electronic silhouettes and mood music for sentimental cyborgs. The record was created with a minimal, but carefully honed set-up to create these floating and flowing studies in rhythm and time.

Despite its modern leanings, Elsewhere is decidedly part of a continuum that stretches from Zeit to the present day. It is unlikely that this album will have the same impact that Tangerine Dream’s ‘Zeit’ once did – in a sense, this may be impossible for any release. But it is the album Wöstheinrich was meant to record his entire life.