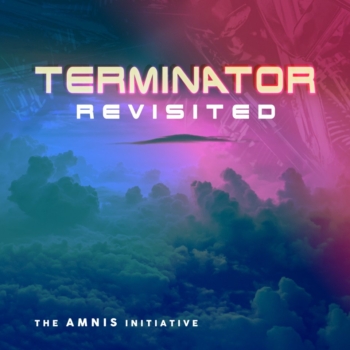 An all new recording of Brad Fiedel’s timeless theme for The Terminator, based on its incarnation for Terminator 2:Judgement Day, combined with an Amnis Initiative re-imagining of the same theme. Also included are two tracks inspired by the Terminator concept, written as score cues for an imaginary Terminator installment.

Tracks 1 and 4 composed by Brad Fiedel. Tracks 2 and 3 composed by D.F. Lodewijks
All music performed and produced by The Amnis Initiative

Recorded between December 2020 and January 2021 at the Track 14 Studio in Veldhoven.