2 instruments sharing some of the same frequencies in a stereo-mix: 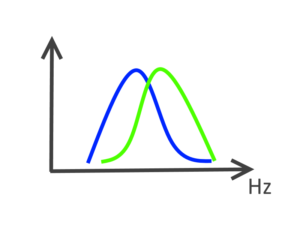 2 instruments with the same frequencies reduced in a stereo-mix (process called masking). This gives a better sound of the stereo mix with more room for the instruments. 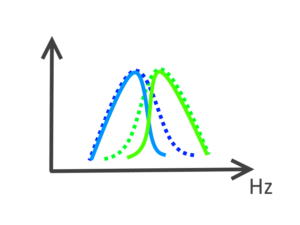 2 instruments in a surround-mix each with original sound, where the frequencies do not overlap while coming from different directions. No masking needed giving more natural instrument sounds: 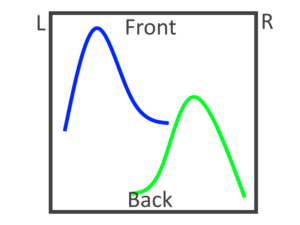 The mission for Printz Music & surroundmusic.one is to help lot of bands releasing (more) of their albums in high resolution (hi-res) surround sound!

So far it often is too expensive for bands making their album into surround sound. But I’ve found a way easily to make CD productions into surround mix. And if it is needed then my web-site also can help selling it digital downloads as multichannel flac files or even big iso-files for DVD/BluRay’s.

How many can listen to multichannel flac? A lot of people have a home cinema system and just need to connect a laptop/computer with programs like Foobar2000 or VLC-media player and more and more getting surround sound systems. I believe that in these years streaming of music in surround sound become more common and not only exist on Surroundsound.one. Especially if some of the very popular global artists starts to insist their music comes out in the best quality as possible as hi-res surround sound. Give their fans the opportunity to listen to it as they was place in the middle of the band instead of being an audience far from the Stage! 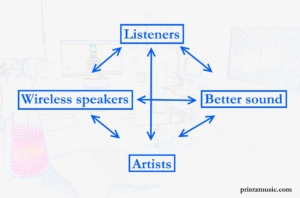 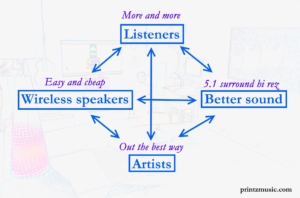 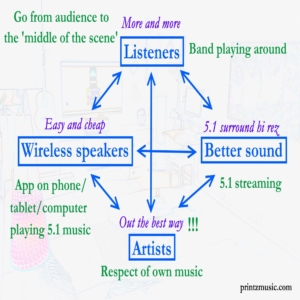 This shows not much is needed before music in surround sound will be a lot more common!

In the 1970’ties the album released in quad did not sell enough because the equipment needed to listen to it was too expensive and not easy to set up.

Why is the music we listen to now, inferior in quality to the CD format from 1980? Do so few people listen to music in 5.1 because there isn’t much 5.1 released?

Printz Music is going to give a hand in the right direction; To a world with more music that’s just sounds better!

Everyone who have some music they really love to sit down and listen to should try that!!!

So bands I’ll love to mix in surround sound for free is linked here.